At the recent Virginia Festival of the Book, the New Dominion Bookstore in Charlottesville, Virginia hosted an evening entitled "A Tribute to Patrick O'Brian".

Present at the gathering were:

and an audience numbering around 35, including your humble webmaster. Here's a quick synopsis of the the talks given by the featured parties.

Staige Blackford served as a Master of Ceremonies of sorts. This job was not made any easier by his mis-remembering the name of Dean King's Sea of Words (he called it Sea of Winds). This error was quickly corrected by at least a dozen members of the audience. Talk about your difficult crowds - no margin for error on this lee shore.

Following that introduction, as this was just shortly after the release date of Patrick O'Brian (A Life Revealed), Dean King had a good bit to say about how he went about writing the biography. It took him three years of research and writing, and involved multiple trips to locations throughout the world. At one point, he looked to be in danger of losing his trump card (that of POB's other life) when articles in the Daily Telegraph gave away many of the salient points he had uncovered. He said that he found almost no one who was unwilling to talk to him about POB, including relatives.

The most interesting part of his presentation was his explanation for wanting to write the biography. POB, as he knew on one level before he started writing, was a complex person, whose writing reflected many of the personal struggles he had been through. Dean King's understanding  and appreciation of how O'Brian's life had shaped the A/M series was fascinating, and certainly puts to rest any notion that he wrote the life history from a desire to pry into his life for personal, sensationalistic gain. Anyone wanting to understand the A/M series better should read it straightaway.

Anne Grossman and Lisa Grossman Thomas are mother and daughter, and just a hoot to listen to. They talked at great length about what fun they had writing Lobscouse and Spotted Dog, shared many anecdotes about working with Patrick O'Brian (who wrote the introduction to their book) and finished each other's sentences. Among the things I learned that night from them:

They finished their talk by demonstrating how you combine wine with milk to make syllabub. Here's a hint - you need a willing cow. 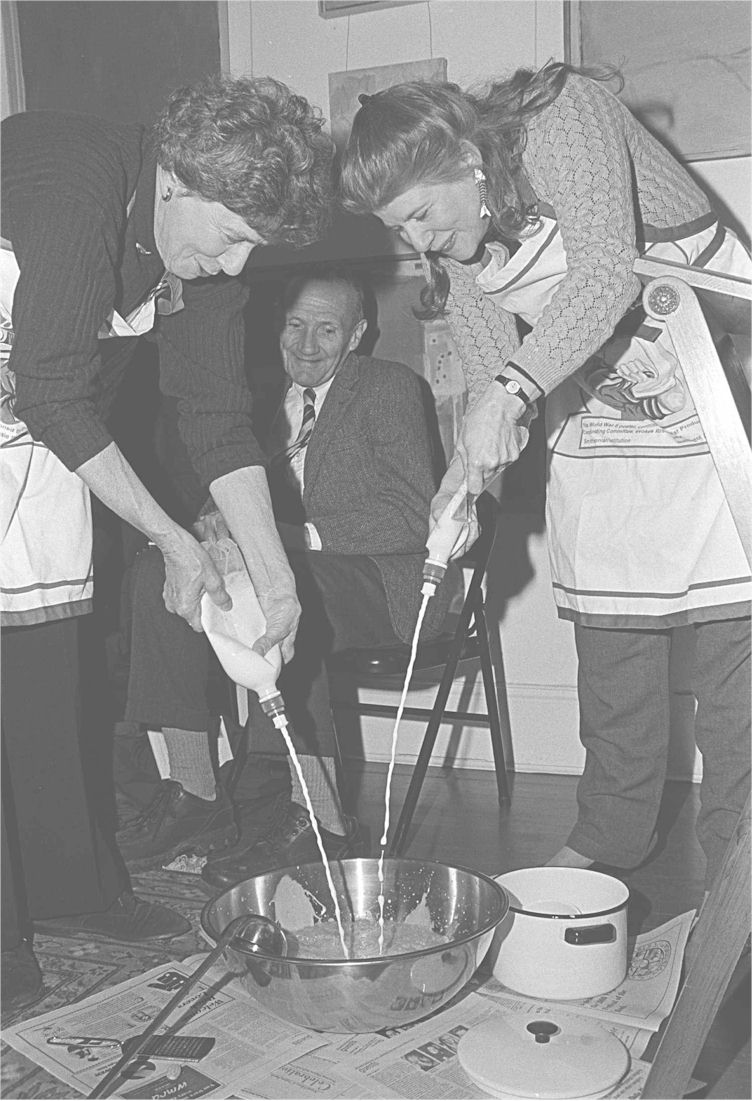 Here the authors of Lobscouse and Spotted Dog impersonate a cow, which, in the confines of the lecture room at New Dominion Bookstore, was a improvement over the real thing. They did convince most members of the audience to moo convincingly. The resulting concoction was sampled by several members of the crowd, most of whom are still alive as of this writing.

Last up was Starling Lawrence, Patrick O'Brian's American editor, who arrived late to the party courtesy of modern air travel. He was a fount of anecdotes and sober reflections on Patrick O'Brian, the man and Patrick O'Brian, the author. Though greatly saddened by POB's passing, he also felt that POB left us at the top of his form and that he had seen signs that this was soon to be on the decline. He has a huge amount of respect for O'Brian's intellectual capacity, and confided that there was very little actual editing to do of his work. However, certain references to a version of Chapter five of Blue at the Mizzen that might been decidedly steamier than the final printed version were certainly tantalizing.

In closing, he said he hoped that if the three chapters of book 21 that POB authored are ever published, the literary establishment will resist the temptation to have someone else complete them.

All in all, a wonderful evening!